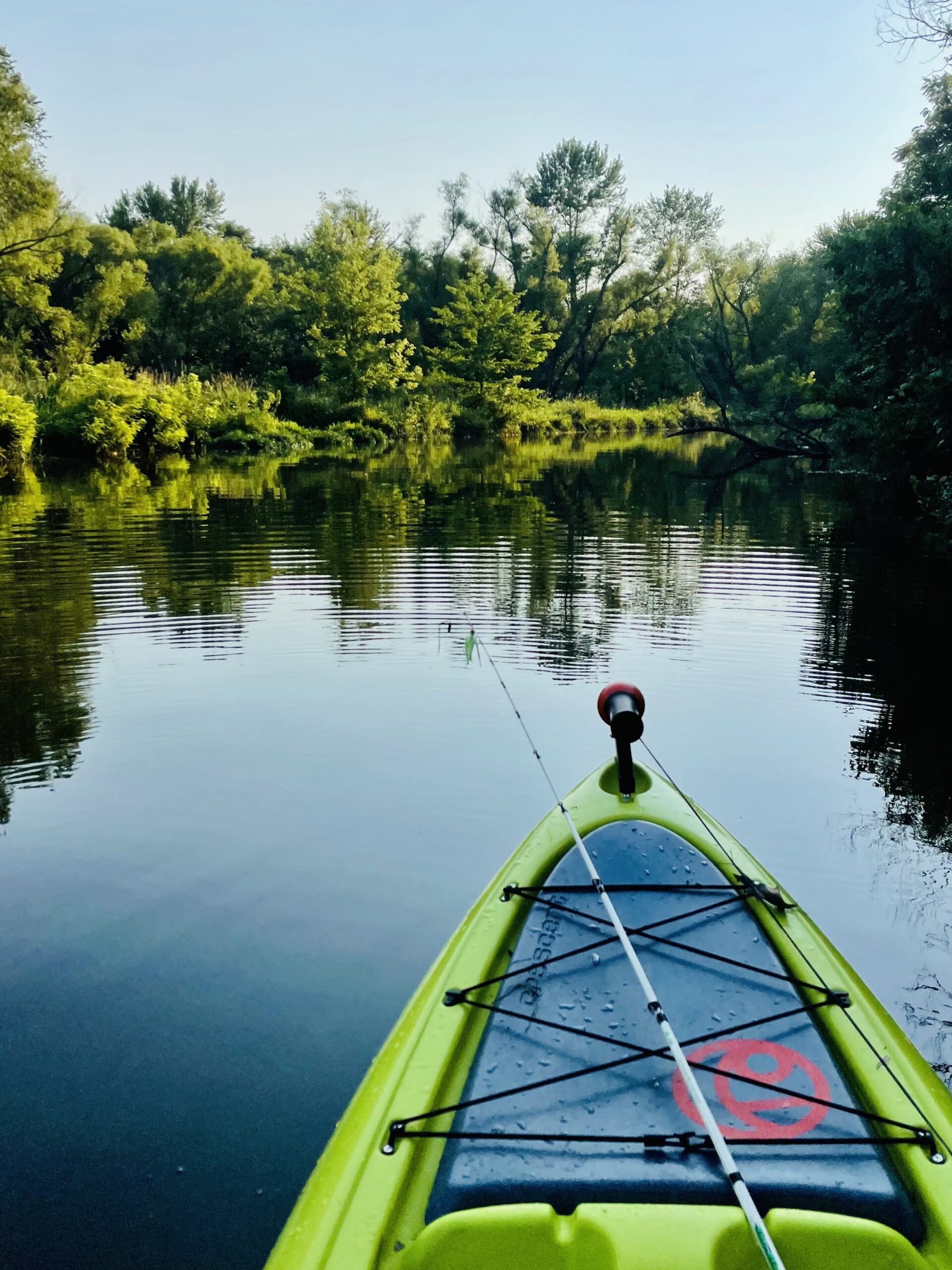 When I decided on the Crescent LiteTackle, I was so sure of what I wanted, that I bought modifications before I even had the kayak. Now, I’m rethinking some of those.

In the 3 Water Big Fish 120 the seat was always in the high position. I used an anchor in conjunction with and Anchor Wizard and anchor trolley constantly. The rudder was always down and I was standing a lot.

When I setup the purchase of the LiteTackle, I immediately ordered the seat riser, took the Anchor Wizard off the Big Fish and started researching the best way to run the anchor trolley.

My first few times out were with the normal seat position and the anchor wizard just run through a pad eye to the side. This worked fine. Obviously, position with the anchor was impossible, but it held me in place. I also stood up, with some effort, from the fairly low seat. I couldn’t wait for the riser to show up!

The riser shows up and I initially really like it. I like the ergonomics. I love having the two tackle boxes under the seat. It’s easier to stand. Everything I wanted.

After some more time on it, I felt myself wanting that low position again. Feeling low and slim and fast just felt better on this boat. I was out for a few hours with the riser in, paddled to shore, took the riser out and went back out. I was amazed at how much more connected I felt with the kayak. It was more responsive and I just felt overall more comfortable. This is not at all what I expected.

Another surprise: the anchor! I had an Anchor Wizard without a chute since I was using the anchor trolley before. My wife even drove out of her way to buy a whole kit because I needed the chute. After some experimentation, I had the chute mounted where the front handle was and my anchor modified so it worked reliably in the chute.

It really works great, but I stopped using it. It was just one extra thing to rig up each time and this boat is so easy to handle, that I can just grab my paddle with one hand and correct my position.

I’m keeping everything for now. I could see wanting the anchor and riser on a long tournament day, but as of now, this boat has really streamlined how I’m fishing.