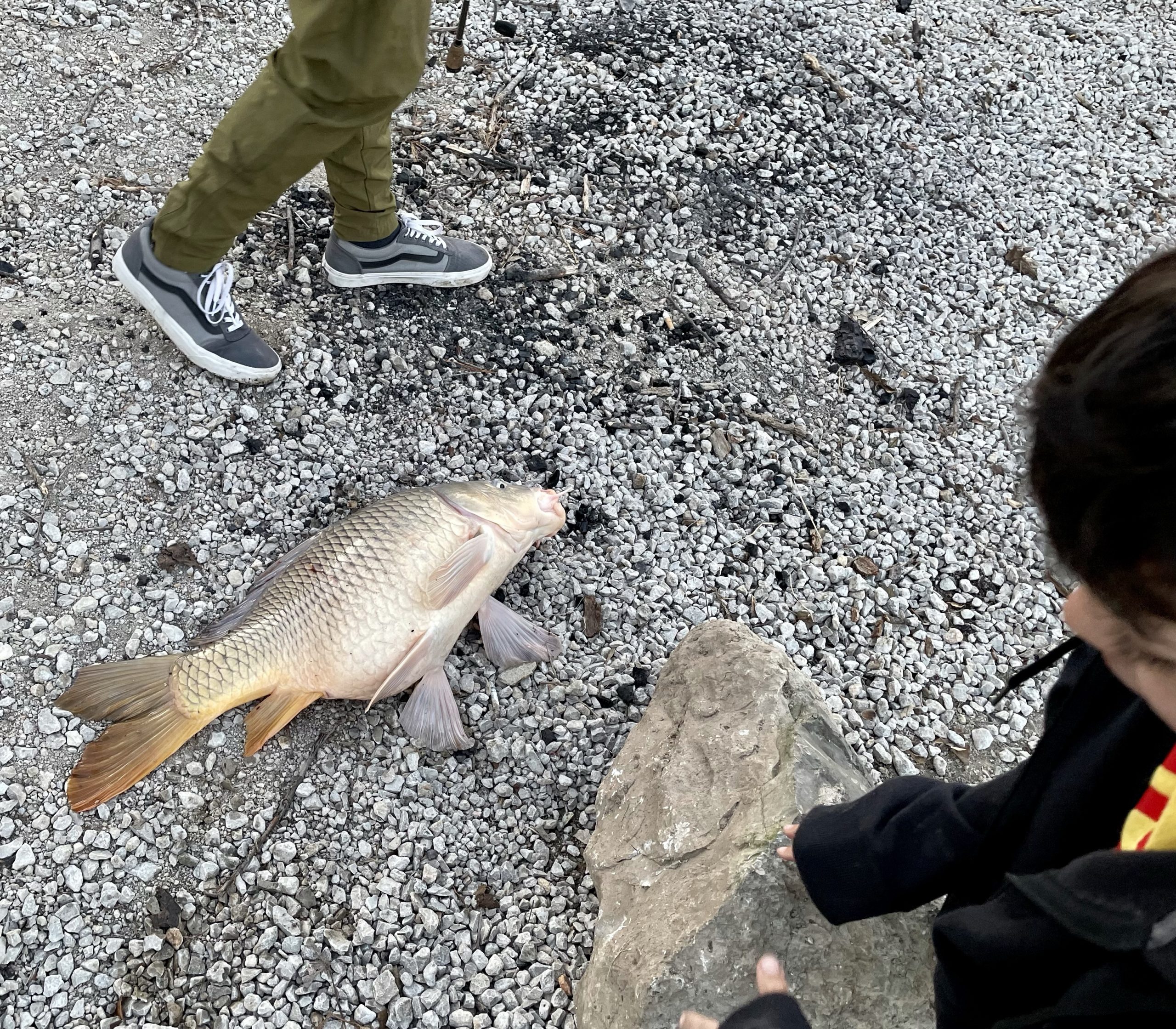 Sawyer and I fished quite a bit early last year, but school diminished that a bit. After COVID and Winter, it’s been tough to get him away from screens. I finally just made him go with me.

We took two ultralight rods and crappie jigs to the spot on Lake Jacomo I had hit the day before. Luckily, it was still lively. Within the first few casts, Sawyer snagged a small silver carp and was finally excited about fishing again!

This is where I slacked in my dad duties. I didn’t take any pictures. In part, I’m glad we were just enjoying the moment, but pictures are also good.

There were some kids around the corner from us and one started pulling something in. It was really bending the rod over and he was really struggling. His friend kept saying, “it’s just a stick”. Then we saw the fin pop out of the water! He snagged something but we couldn’t tell what.

Once it was to the bank we saw the common carp that’s in the image above. That’s a hugely pregnant one too!

After that excitement, we walked across to a stream that run out of the lake. We ran into a whole mess of small crappie. We ended up catching at least 20! None of them were keepers, but I did tell them to go get bigger!

After around 10 catches, Sawyer was over it and took my phone to play Among Us for a while. He made it, outside, with no screen, for over an hour. Baby steps … but progress.