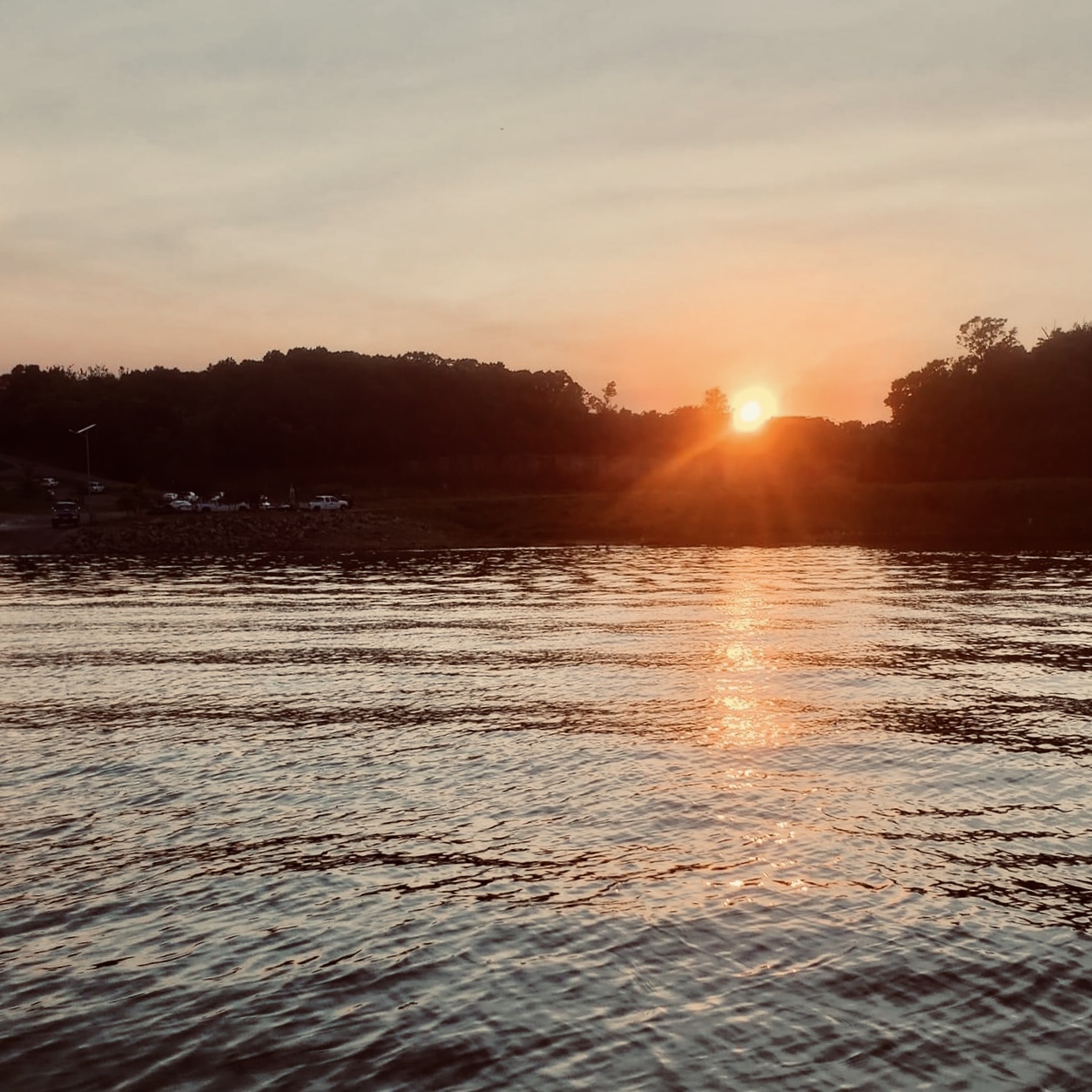 Growing up, we went to the Lake of the Ozarks nearly every weekend during the summer. Grandma and Grandpa always had a boat and we would spend all day out on the water. We were either bar-hopping or just enjoying cruising around. That hasn’t been a regular thing for our family in a long time.

My father-in-law, Jim, lent me his pontoon. I scheduled some time to take my Mom and Grandma out to Blue Springs Lake. Granted, Blue Springs is nothing like the Ozarks, but it’s still being out on the water.

Mom brought … everything. As in multiple coolers, food for a week, a small bar’s worth of alcohol … and so on. Somehow, there was still room for people! Fried chicken, sandwiches, chips, dips, potato salad. Just a ton of stuff.

The kids (Sawyer, Lily, Jacob, and Carli) were most interested in swimming. We spent a lot of time anchored near the beach so they swim around. While we were swimming, Lily pointed out some bluegill that were schooling around the side of the boat. We started fishing a little on that side of the boat.

The blue gill weren’t interested in anything we were throwing. I brought Grandma’s fishing rod and had it setup with a Carolina rig. I loaded it up with a hot dog and Grandma went to work! It was a text book example of how to fish. She’d toss it out and slowly drag it back in. On her second cast, she hooked one! And, we could tell it was pretty big! While she was reeling, I grabbed a net.

She ended up bringing in a 20ish inch channel catfish! Her favorite! I didn’t really plan for catching and keeping. The live well in the pontoon had stuff in it. No basket. Not even a stringer. We ended up releasing. I was so happy to see her enjoy that experience!

We moved on around that lake and I ended up fishing a bit. I used the trolling motor (which is a bit underpowered for that boat) and pitched a jig along the shore line. This got one ok largemouth and a bunch of sunfish pecking at my jig. The kids were swimming along with us at the back of the boat. Mom even got in the water!

Right around sunset we headed back to the ramp and loaded up the boat. It felt great to re-live that feeling of being out on the water with my family.